Not an end, but a starting point 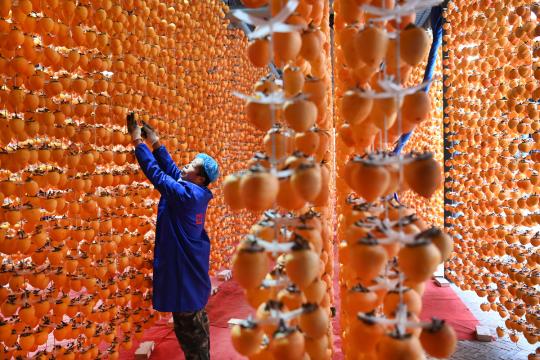 Editor's note:As China aims to eliminate extreme poverty and be a "moderately prosperous society" (xiaokang shehui) in time for the 100th anniversary of the founding of the Communist Party of China next year, we talk to experts for their take on the country's commitment.

"This is the most incredible transformation of one-fifth of the people of the whole planet in 40 years," says Stephen Perry, chairman of The 48 Group Club in Britain and a contributor to eradicating poverty in China in recent decades.

China, with a population of about 1.4 billion people, has set a goal to lift all its rural population out of extreme poverty by the end of this year.

"This year is a very difficult year because you're dealing with the most challenging parts of the poverty problem, the ones that have been left at the end to deal with," Perry said.

Bench marks of poverty eradication in China include minimum annual incomes reaching 4,000 yuan ($600), people not worrying about access to food and clothing, compulsory education to be available for children, basic medical treatment to be available and for people to have safe living conditions, the State Council Leading Group Office of Poverty Alleviation and Development has said.

Challenges now present themselves, Perry said. In the short term, because of COVID-19, the number of poor in the world will rise, but "China is going the other way".

Carrying out targeted poverty alleviation is a key to achieving this goal.